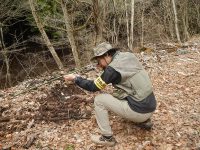 Live-capture of wildlife using tranquilizer not only allow us to deploy VHF transmitters or GPS collars on captured animals for wildlife monitoring, but it is also one of the handling methods that gives the least amount of stress, allowing us to collect data for a longer period of time.

Immobilizing with tranquilizer and releasing animals to an appropriate environment are necessary when specific animals (often animals referred to as endangered or protected species such as bears, serow) are accidentally caught in a trap that are intended to capture other animals (mainly deer and wild boars). 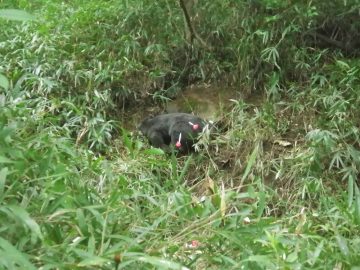 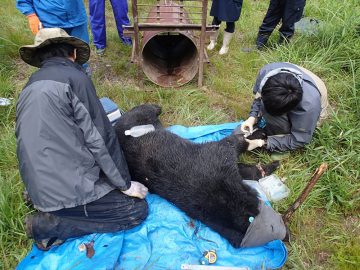 Selecting the most appropriate method and location for traps depending on which species to capture for effective population management. 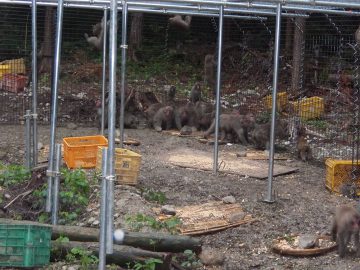 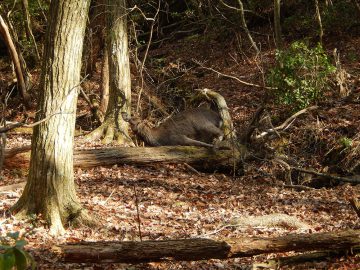 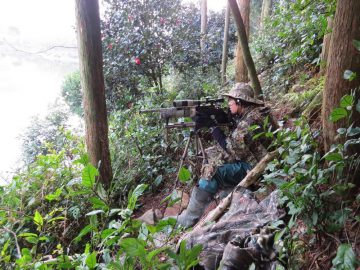 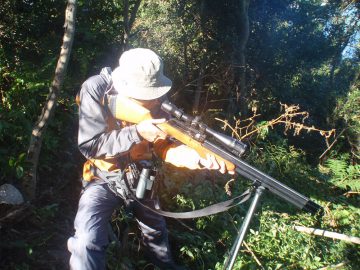 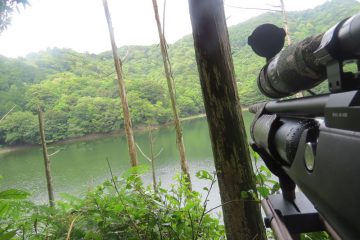 A management method to effectively reduce the number of selected population by enforcing highly precise shooting based on detailed field investigation and strategic planning. 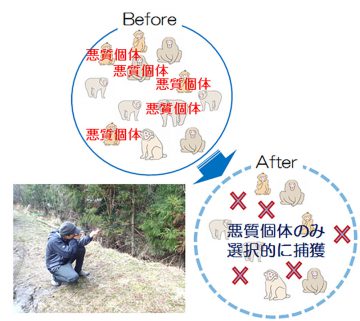 Selectively capture harmful individuals from a group in order to reduce crop damage and level of harmfulness of the group.

Capture roaming wildlife in cities or residential areas that are potentially harmful to local residents using traps or tranquilizers. 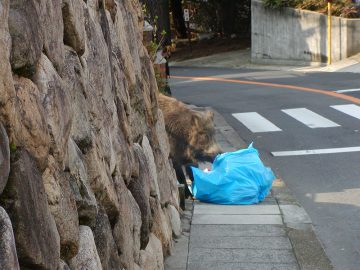